Alison Chicosky of Practical Occult sat down with Alonzo Gaskill in this installment of “Religion Behind the Scenes” to discuss apotropaic magic (magic that wards off or turns away evil) on Patheos.com, the world’s largest English-Language Religion website. https://www.patheos.com/religion-behind-the-scenes/what-is-apotropaic-magic-and-who-practices-it

What is Apotropaic Magic and Who Practices it? 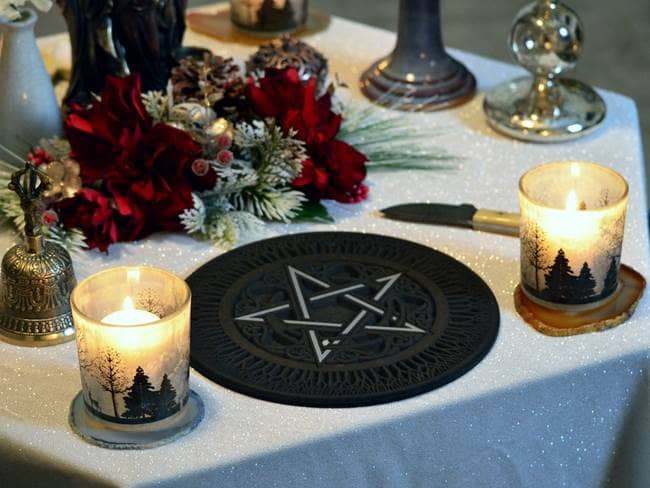 In a changing and sometimes tumultuous world, whether the landscape of the occult community online or just the day-to-day grind, a magician is often in need of defensive measures. Whether it is protecting against the curses of an ill-tempered rival, wayward spirits brought home after a night of cemetery-walking wherein proper protocols were forgotten in haste or excitement or simply a shield against the unconscious negative energies of a toxic workplace, the course Protection Magic 101: Building the Shield Wall will come in handy.

The Sorcery of Pentacles

With this class, Alexander Moore guides the student through a contemporary look at some of the myriad ways this symbol-set of heaven-sent glyphs can be made to aid the magician. From using them as ingredients in spells, lamps and mojo hands to a commentary on the various debates raging between folk magicians and grimoire purists, the discerning individual will find plenty to consider and experiment with herein.

Many cultures associate scorpions or scorpion imagery with authority and the repelling of malefic magic and entities. In this same way, the Fifth Pentacle of Mars marshals powerful allies to protect the bearer from unseen dangers.

The Sixth Pentacle of Mars from the Clavicula Salomonis boasts “It hath so great virtue that being armed therewith, if thou art attacked by any one, thou shalt neither be injured nor wounded when thou fightest with him, and his own weapons shall turn against him.”

The Second of Saturn contains the transliterated SATOR square, which originated as part of the magic of antiquity but continued on to the grimoire tradition.

While the spell related to the Cairo Zodiac is more often associated with success and road opening, the ibis of the eleventh hour is petitioned for protection.

The Ouroboros Phylactery, based on a spell in the Greek Magical Papyri (PGM VII-579-90) is described as “A phylactery, a bodyguard against daimons, against phantasms, against every sickness and suffering.”