Guest review of the Triangle of Hekate
*
Steel and copper scrying mirror, consecrated to the goddess Hekate and inspired by a base discovered in Sardis and dated to the 1st century CE.

Cultivating a sorcerous relationship with Hekate has been one of my most longstanding endeavours across the years. From my roots in Balkan traditional witchcraft to my enduring forays into the traditions and magics of late antiquity, Hekate has ever stood at the nexus of her rulership across the realms—the crossroads itself—of every winding, serpentine twist and turn throughout my practice. Her epithets and legions have always seduced me in their myriad voices, hissing and barking and crowing from behind the pages of every book, grimoire, and oral tradition dedicated to her, inviting an ever-deeper exploration of the very fundamentals of magic itself.

Over the years, I’ve built, consecrated, and collected various tools and sorcerous implements in dedication to the goddess and the many spirits who follow her. It is without any exaggeration or flattery that the Triangle of Hekate, constructed by Alison, ranks among the most remarkable. While it is physically gorgeous and aesthetically impressive—a beautiful, thoughtfully-designed scrying mirror set in steel heavy with importance—it is first and foremost an incredible medium.

When it first arrived at my home, I immediately set it up within my working space, asperging and fumigating the mirror while explaining to my house spirit what it is, as is the custom with any new tool. I had the plans to present it before my shrine to Hekate and rouse the various spirit vessels that sit before her to anoint it with their touches, yet the mirror had its own agenda. Shortly after lighting the incense, I perceived very clearly, without entering trance or making any effort to scry, the face of one of my familiars staring back at me from behind the copper.

This was far from the only case. To this day there have been many instances of spirits appearing within the mirror without any conjuration or direction. Much as with other scrying tools well-dedicated to their purpose, the Triangle of Hekate is built to facilitate spirit contact at a potent level. There are times that I pass it by and double back just to catch a glimpse of a familiar who wanted to pass on a message to me, using the medium as the opportunity to convey an update on a working or some important information about a target I had sent them to spy. In formal ritual, spirits of various backgrounds from chthonic to stellar have likewise responded kindly to the medium, appearing promptly and in startling forms in response to my conjurations.

While dedicated to the goddess, the mirror by no means is limited to the spirits under her aegis. Much as Hekate herself is simultaneously the key-holder to all realms, so too does the mirror at the center of the triangle form the intersection between the various crossroads of Spirit. I have tested the ability of various spirits across the traditions in which I have been initiated to manifest within, and each have appeared with remarkable clarity, making the Triangle a fantastic aide to sorcerers of every path.
Additionally, the mirror has served as an excellent conduit for various rituals itself. Presenting images of the pictures and birth charts of targets to the mirror, while lighting incense between them, has allowed spirits to readily go forth and track them down. On the flipside, asking spirits to bring back and trap the essence of a target within the mirror, and hold it there in place for further ensorcellment, has also proven remarkably effective.

Spirits have also been successful in manifesting images of culprits guilty of gossip and manipulation, as well as identifying the nature and likeness of the ritual spaces and familiars of others. This is a fruitful exercise I would recommend to any sorcerer, especially when one is able to later confirm through photographs the accuracy of the remote viewing. When conjuring a new spirit for the first time, it is always beneficial to request that they reveal what sorts of tasks other magicians before you have asked it to complete, what sorts of tasks were the most challenging, and in which cases it was successful or unsuccessful. Additionally, requesting that the terms of the pact include a clause that their powers cannot be summoned by another to use against you—and to reveal any plots to do so—is always helpful. An excellent scrying medium such as the Triangle can greatly facilitate accurate communication in these negotiations.
When planning sorcery on behalf of a client, I have also been able to use the Triangle, in conjunction with familiars ruling over seership and fate, to foretell possible outcomes to different approaches, and furthermore narrow down the best course of action to take. The flexibility and potency of the Triangle have proven abundant in all cases. Not only is it a beautiful tool worthy to reflect the various spirits and outcomes the discerning diviner might attempt to scry, it also thrums with its own natural power inherent in its very design. Whatever one’s path or skill level, the Triangle of Hekate could only serve as an excellent asset to the development of occult faculties and spirit relationships. 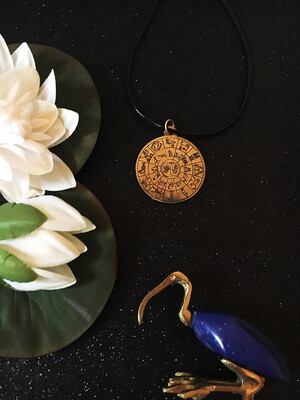 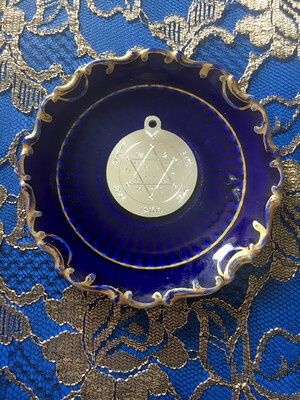 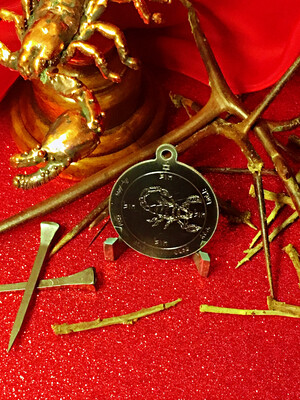 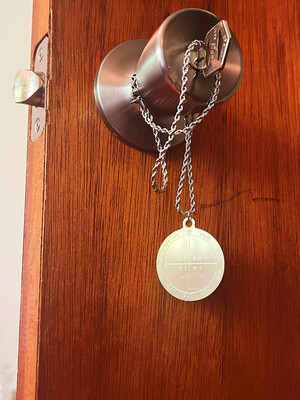 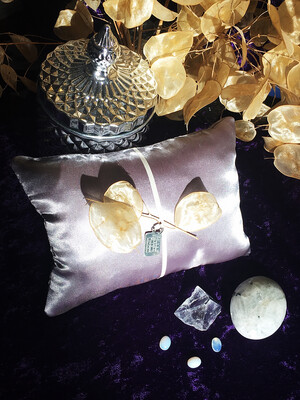 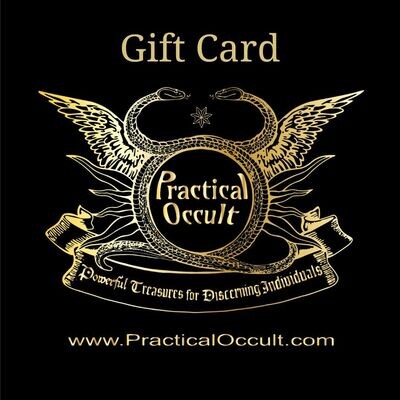